Summer Solstice Film Festival: Postcapitalist Futures, Utopian Structures will be held June 16 from 4pm until 11pm and will feature a utopia workshop led by Jaime Iglehart at 5pm, as well as three documentary films about post capitalist communities at night.

What would it be like if we could design our neighborhood from scratch? What spaces, services and business might we wish to bring to our community? Where would our energy come from? How would businesses be run? What ways could a neighborhood create businesses that work within a zero-waste ecological framework? Would we have free services? In this workshop, we will design Downtown Kingsbury as we would each like to see it, with everything we might wish to see develop in the community!

Starting with a presentation looking at decentralized business models and green energy/design, working in teams, we will let our imaginations run wild to map a town on our terms and brainstorm about what it would take to make some of these ideas a reality! This workshop is based on the Design Your Own Utopia workshop which took place at the Utopia School in 2016, as well as an exercise conducted by the group Take Back The Bronx, who are fighting against gentrification in the Bronx, NYC.

Calafou is an intentional community identifying themselves as a Postcapitalist Ecoindustrial Colony located outside of Barcelona, Spain. They are a group of hackers, bio-researchers, craftspeople and food producers working to bioremediate the polluted land and water of the former textile factory they inhabit, and turn their space into a communal living and work project. This short documentary pays a visit to Calafou to find out more about their philosophy.

As the global financial crisis surfaced in 2007, filmmakers John Jordan and Isavebelle Frémeaux journeyed for 7 months across Europe to investigate and experience examples of post-capitalist living – from a direct action Climate Camp set up illegally on the edges of Heathrow airport to a hamlet squatted by French punks, an off grid low impact permaculture community to occupied self-managed Serbian factories, a free love commune in an ex Stasi base to a farm where private property had been abolished, we shared different ways of loving and eating, producing and sharing things, deciding together and rebelling. We were not looking for escapist Neverlands, blueprints for a perfect future or universal systems, but communities who simply dare to live differently, despite the catastrophe of capitalism.

Everything's Coming Together While Everything's is Falling Apart, by Oliver Ressler (00:36:33)

Not too long ago, global warming was science fiction. Now it has become hard science, and a reality we already live in. The latest reports from the sober Intergovernmental Panel on Climate Change (IPCC) suggest that the planet may be approaching multiple thresholds of irreversible damage faster than was ever anticipated.

The title “Everything's coming together while everything's falling apart” refers to a situation in which all the technology needed to end the age of fossil fuel already exists. Whether the present ecological, social and economic crisis will be overcome is primarily a question of political power. The climate movement is now stronger than ever. It obstructed pipeline projects such as the Keystone XL tar sands pipeline. It stopped Arctic drilling and blocked fracking all over the globe. Coal-fired power plants were shut down by resistance, and the divestment movement that pressures institutions to unload their stocks from fossil fuel corporations has had successes.

The story of this ongoing film project may turn out to be a story of the beginning of the climate revolution, the moment when popular resistance began to reconfigure the world. The project follows the climate movement in its struggles to dismantle an economic system heavily dependent on fossil fuels. It records key events for the climate movement, bringing together many situations, contexts, voices and experiences. There is one film for each event.

The film on the ZAD (36 min., 2017) focuses on Europe’s largest autonomous territory that is located close to Nantes in France. The ZAD (zone to defend) emerged from the struggle against a new airport. In 2012 the French state's attempt to evict the zone was fiercely resisted by more than 40,000 people and police has not set foot there since. Today 250 people in 60 collectives live permanently at the ZAD occupying the wetlands, fields and forests. The ZAD is a successful example that the creation of alternatives and resistance need to happen at the same time. While people take back control over their lives with self-organized bakeries, workshops, a brewery, medicinal herb gardens, a rap studio, weekly newspaper and a library, they hinder the construction of an unnecessary, ecologically disastrous airport project. The film is built along a group discussion with activists living at the ZAD.

Despite the efforts of government and corporate PR to convince us otherwise, whether and when fossil fuels are abandoned will be determined above all by social movements and the degree of pressure they exert on institutions. Powerful structures force us into lives that destroy our livelihood. It is these structures that must be changed, and nothing but our action in common can change them.

JOIN US IN A CELEBRATION OF THE BEAVER MOON 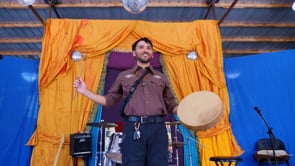